Mamoiada: the transformation from criminal backwater to tourist attraction. The story of a region that has fought – and won – a courageous battle 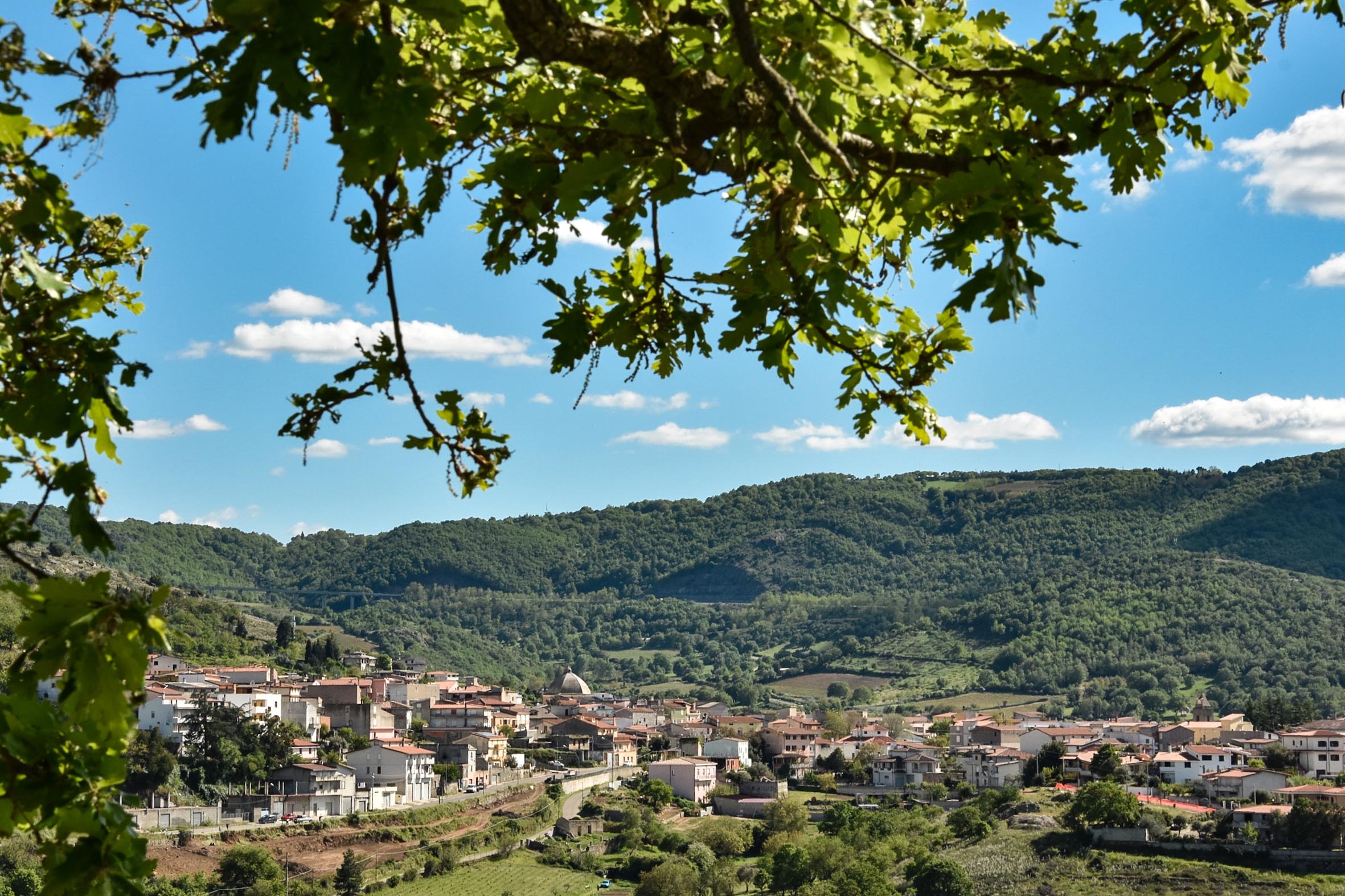 In the heart of the Italian island of Sardinia is the harsh, wild and fascinating region that the Romans called Barbària, and is today known as Barbagia. It’s one of those areas which, years ago, evoked a world populated by shepherds, poverty and banditry, in open conflict with the rest of society. The period of kidnappings by rural Sardinian crime gangs [in the 1970s] was one of the darkest chapters in modern Italian history.

Now that era is considered prehistory: today this corner of the Nuoro area has opened its doors to modernity, while somehow proudly maintaining its attachment to its culture and traditions. It’s a winning mix, which has gradually led many tourists to venture from the coasts to the interior of the island.

The best example of this evolution is the town of Mamoiada. Situated at an altitude of 650 meters above sea level at the foot of the Gennargentu and the Supramonte plateau, it is surrounded by granite hills, woods, valleys, waterways and small towns with narrow alleys and houses built with stone walls.

The land of ancestral masks and Cannonau wine

Mamoiada, which currently has about 2500 inhabitants, did not always see itself as a tourist center. It was better known as the land of the mamuthones and the issohadores, ancient figures which are used in the Sardinian Carnival celebrations each year. The former, dark and tragic in appearance, wear viseras – black masks carved in precious woods, and wear sheepskin on which 30 kilos of cowbells are loaded. They dance together on local feast days with the issohadores, who wear white masks and a red jacket.

In addition to this tradition, which attracted the occasional visitor, the town was best known for its wine production (the prized Sicilian red wine, Cannonau, is produced here), but this did not bring any great tourist influx – just as well, as there was no accommodation to host any curious visitors.

At the turn of the 1990s and 2000s, Mamoiada became infamous for a very bloody feud between families, which left an an alarming trail of murders which shook the rest of Italy, generating a general climate of fear. With such an unpromising history, it is hard to think of this area being reborn. Yet, thanks to an enlightened local administration and the foresight of local citizens who believed in the potential of the place, it has undergone a real change of fortune.

The first steps to recovery

In the early 2000s it was decided to redevelop an existing facility, a small local museum of masks, by transforming it into an international museum, housing not only the artefacts of the  mamuthones and issohadores, but masks from the whole Mediterranean area that use animal skins and cowbells.

For the management of the museum, the local council announced a tender, in which the Viseras Cooperative, a group set up for the occasion, won the contract. The co-op is made up of just three partners, three young visionaries who, despite the general scepticism of locals, set their sights on the relaunch of Mamoiada and giving it a new future as a tourism and cultural center. For two years they worked without pay: the number of visitors to the Museum of Mediterranean Masks was low and there was no money to pay salaries.

But the Viseras partners didn’t give up and begin to establish a network with all the relevant stakeholders, starting with the local artisans who work with wood. “We asked them to open the workshops to tourists and to explain to visitors, while they work on their wood carvings, the various stages of creating the masks. Similarly, we proposed to the Sedilesu winery, which is located inside the town, that they should organize tours in the vineyards and inside the winery itself,” says Mario Paffi, director of the Museum of Masks and president of the Viseras cooperative.

“Cannonau wine, which was previously sold only in canisters to the locals, was now bottled and it was decided to create a link with the masks, to create a single brand that brings together the two most typical products of the area. In fact, the label on the bottle now shows the image of a mask and the wine is called ‘Mamuthone’”.

In 2011, a new element was added to the mix: the Viseras cooperative took on the management of the new Museum of Culture and Work, which puts on display the harsh life of the men and women of the Mamoiada, as it was lived right up  until the middle of the last century. In 2014, the MATer was added, (the Museum of Archeology and Territory) which illustrates the archaeological discoveries of the area, highlights local traditions, and showcases typical products: this completes the museum circuit of the town. Telling the story of the territory has become the keystone in its renaissance.

By this point it became clear that a way had to be found to get tourists to the town: first an alliance was made with the nearby town of Orgosolo, famous for its murals of protest against the state, offering a route that included a stop at Mamoiada, before heading on to the traditional summer beach resorts.

“We started a promotion offering visits to the villages of the east coast of the island, offering educational tours with guides. The project worked well, so much so, that today excursions are our core business: groups of tourists buy a holiday package that includes a stop-off in Mamoiada with a visit to the wine cellars (which in the meantime have become more plentiful – now there are 25), visits to the artisan workshops and to the museums. In recent years, these museums have been transformed into a single modern structure that provides a multimedia and immersive experience for visitors,” explains Paffi.

In addition to summer tourism, Mamoiada is also developing school tourism (there are several educational options available), packages designed for senior citizens and also  food and wine tours. The figures speak for themselves: in 2002 the attendance at the Museum of Masks was 7000; in 2019, in the pre-Covid era, it was over 28,000. Of these, 40% are foreigners (mainly French, German and British).

The new tourist influx has led to the building of new accommodation and facilities: currently in Mamoiada there is an inn, two restaurants (one of which has just been opened by a young chef from the village), a wine shop, three pizzerias, several B & Bs and a network of local landlords, offering a total of 80 beds. In peak periods tourists flock to neighboring villages, thus creating a positive impact on the whole surrounding area.

Augusto Sanna is the owner of the Sa Rosada guest house and explains how he has lived through the transformation of Mamoiada. “Before opening this place I was doing another job. Then I saw the potential of the development happening here, and I decided to invest in this project. I bought a 19th-century ruin, I restored it and in 2006 I opened the guest house, which includes a restaurant with an internal courtyard, a bar, a wine bar, a cellar and some guest rooms. It was an entrepreneurial gamble in difficult times, but over the years things have gotten better and better. Now we have 60-70 covers in the summer and about 30 in the winter. The trick was to focus on the high quality food and wine of the local area. I favored quality rather than quantity with fixed price menus and it seems to have worked!”

Creating synergies is the solution

Analyzing the visitor numbers, beach-based tourism is concentrated in the summer months, while the school visits mostly come in the period from March to May. So it was decided to develop the remaining months of the year as well, especially aiming at local tourism, with visitors coming from nearby areas. In November the Sas tappas event takes place, a journey through the traditional historical flavors of the past in the area: carasau bread, wine, cheeses and cold meats of which there are many varieties.

And then there is the annual Carnival, starting each year on January 17th, with all the related events. The tourist attractions don’t end there … Thanks to local synergy and cooperation new plans are being drawn up including an agreement between the Museum of Masks, the Orani Museum of Modern Art and the Aquarium of Cala Gonone: those who visit one of the three attractions are now  entitled to a discount on the other tickets.

Two years ago, the Nuorese Cultural Association was created, which brings together all the cultural sites of the area onto one map, linking them together in a common development plan. Thanks to this effort at networking, the economic and social recovery of one town has acted as a driving force in assisting the development of the others. During the lockdown period imposed by Covid, the local authorities and the Viseras Cooperative did not remain idle: they set their sites on the German market using social media and created the website www.mymamoiada.net  a portal which showcases the area as a tourist micro-destination, selling high end package holidays all year round.

So far the solutions put in place to revive the area have obtained enormous success. But it hasn’t all been plain sailing. Establishing such a wide-ranging project requires certain conditions to be in place and therein lies its limits. As one of the founders of the co-operative said: “First of all, you need a local administration that is open to change, a reforming spirit which makes resources available to invest in the long term. And then it takes time to get the changes accepted and understood.

“Especially in small towns where there is no tourist culture it has to be created step by step, involving all the local stakeholders. You have to explain to the artisans, for example, that manual work is not enough to guarantee their future and we need to invest in training, to keep up with the times, that culture creates tourism and all those involved benefit from it. Those who have been able to adapt to the new realities have a much better chance of surviving and enjoying a successful future”.

Laura D’Orsi is an Italian journalist who regularly writes for the culture section of the Gazzettino newspaper. She published her first novel in 2010 entitled Cuore di Gomma (Heart of Rubber) published by Ferrari publishing house. She had previously written two books on child psychology published by Armando Editore. 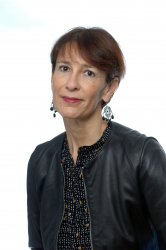