Food waste: stories of inclusion and a sense of community 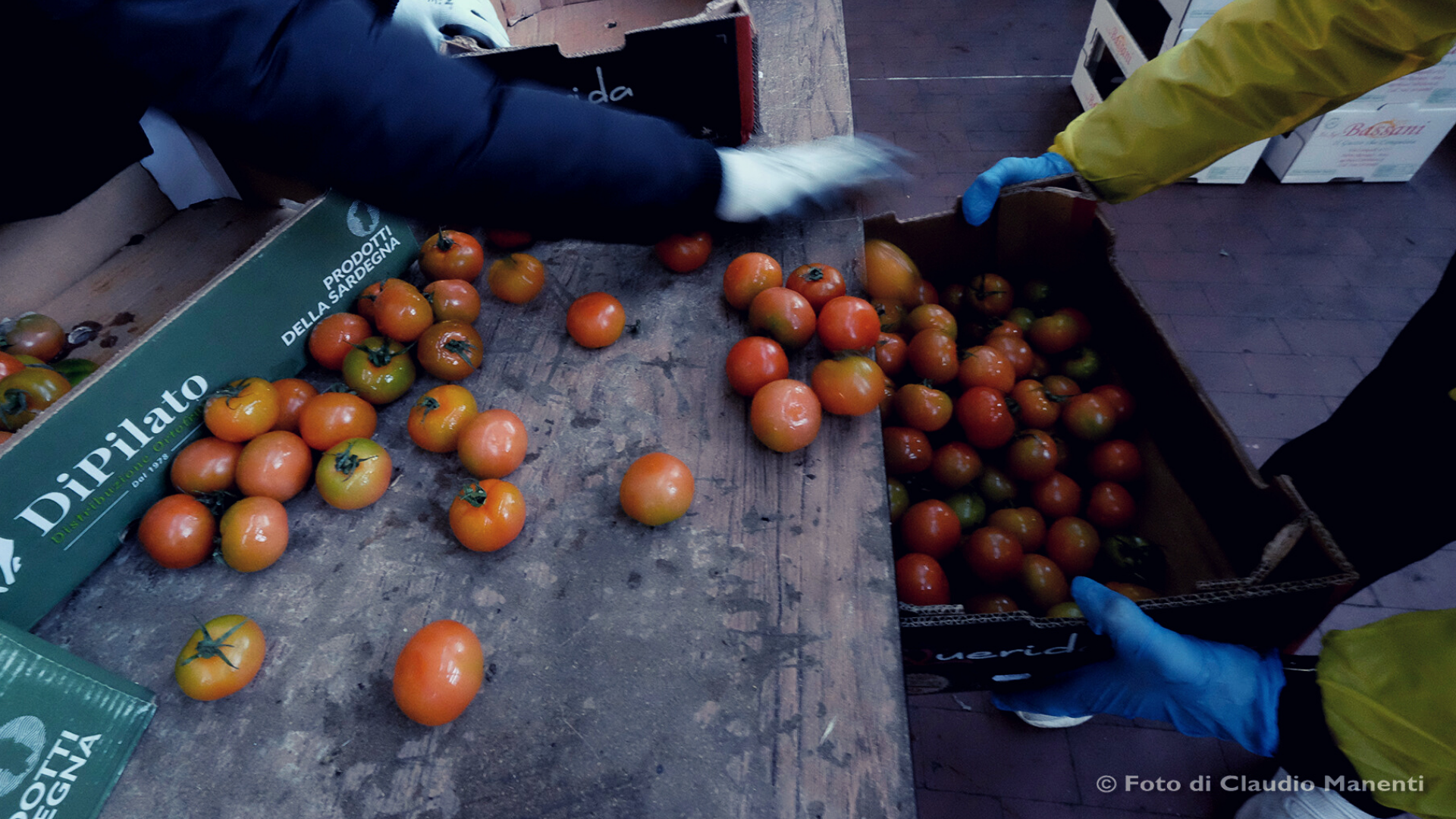 During the pandemic, Italians changed their eating habits. They cooked more, ate more often at home and rediscovered the tradition of lunch, with everyone sitting together round the table, day after day. According to a survey commissioned by Waste Watcher International, the Observatory on Food and Sustainability (Ipsos survey), we have made progress when it comes to avoiding wasting food in the last year. In 2020 we threw away 11.78 per cent less food than the year before: that’s more than half a kilo (roughly 16 ounces) a week less waste.

The number itself seems encouraging but our habits tell a different story. According to the Ipsos data, in 2020 we still bought too much, miscalculated what we needed and left the purchased food to perish. Fruit and vegetables are the foods that most often ended up in the bin, along with two foods that have come to symbolize the lockdown: bread and pizza.

Clearly, the awareness of Italians about the issue of food waste is growing. We are beginning to understand that reducing losses means less environmental impact and more food for everyone, especially for those who are suffering most in this emergency period. But there is still much work to be done and solutions to be found that would lead to a real change in habits, which may require a change of culture and mentality, and which go beyond just careful purchasing and anti-waste recipes. Such solutions are few and far between. But they exist and they work!

In Italy, it’s in the south of the country that people cook more, eat more and throw away more. In the southern regions 15 per cent of food ends up in the garbage can, about 600 grams  (about 22 ounces) per week. But this is also the area of ​​the country that is showing most awareness of the issue.

The European Parliament has called for collective and immediate commitment to combat food waste. And it was as a response to this that the Avanzi Popolo 2.0  project was set up. It started off in Bari (a large city on Italy’s southern heel), as an association of volunteers to collect and distribute  food surpluses to people in need. The project was granted a special award in 2019 by Italy’s President, Sergio Mattarella, for its work against food waste.

“We are a small group of volunteers active in the Bari area. Our mission is to fight waste but also to spread the culture of food sharing. Those who have more at home can make it available on our online platform and fill virtual baskets to be exchanged between users,” explains Marco Costantino, a volunteer and one of the creators of the project.

“In addition to the virtual baskets idea, we have also set up a network putting areas where there is a lot of food waste in touch with districts where there is the greatest need. We personally collect surplus food from restaurants, farms, bakeries and pastry shops and deliver everything to local communities who then distribute the excess to those most in need.

“Or, alternatively we use the excess to stock our solidarity refrigerators that we have set up at strategic and secure spots all around the province of Bari. These are open to everyone, those in need take away food that would otherwise be thrown away from a supermarket or a bar,” continues Marco who is keen to point out, though, that this is not simply a question of charity. He sees it as a ‘virtuous circle’, because by collecting food the group creates contacts, establishes new bonds, and a network grows up based on sharing and this reinforces the sense of belonging in the community. People build new relationships, learn good daily habits that add value to their lives in establishing a culture of exchange and giving.

A next door solution

“I like to use the example of an elegant reception hall and a day center for seniors,” says Marco. Neither of them knew of the existence of the other, despite the fact they were next door to each other. The banquet hall had surpluses of food from events and receptions and didn’t know what to do with them. We put them in contact with the center next door and since then the two neighbors talk to each other, communicate and operate on their own without our direct involvement. And this is the greatest satisfaction. We found that none of them liked throwing food away but they didn’t have the tools or the structures to do anything else. Creating this virtuous network in the area is a solution that is good for everyone and creates a strong sense of community, makes everyone feel part of the solution,”continues Marco.

The Avanzi Popolo project is popular because it has built up a network that informs, educates and stimulates good practise in the local area and for this reason it has caught the attention of other groups of volunteers in other Italian cities who are trying to replicate it. “We work well with many companies and traders but we still struggle to make individuals and families understand that we have too much food at home and that consuming food from the day before or at the end of its ‘use by date’ is not a cause for  embarrassment but needs to become the norm. This is still a big limitation. Practicing food sharing which means we all become recipients, and not just donors, should be normal behavior. We see that there is still a lot of resistance on this here. Too much food is still being bought and produced,”says Marco.

Collaboration, education and involvement. This is also the mantra for Recup, a project set up in Milan in Italy’s wealthy north, that operates out of 11 local markets in the city to combat not only food waste but also social exclusion. “At the end of the market, a group of volunteers goes round to collect food from traders who freely decide to donate products that they would otherwise throw away. The recovered food is sorted out and then each volunteer is free to take what he or she wants, respecting other people and everyone else’s needs  of course” explains Lorenzo Di Stasi, a volunteer and one of the managers of Recup.

“There are many young people who volunteer, but we also have many retirees and foreign people who actively participate. The groups consist of around 20 people per market and are all open and inclusive. Our aim is not just welfare and simple recovery of food but rather to promote collaboration and intercultural and intergenerational exchange. Everyone takes what they need and helps others,” says Lorenzo.

The market traders know and recognize the volunteers, in fact they search them out to give them something to take away. Usually it’s vegetables that they would otherwise throw away. Many traders don’t have refrigeration units to store the most perishable fruit and vegetables and prefer to give it away as a gift rather than throw it away. This is not just a simple circular economy project but one that creates a collaborative model that is sensitive to the needs of everyone, traders and ordinary people alike.

It works immediately and is replicable

“In 2020, Recup recovered more than 25 tons of food but what gave us the most satisfaction was the active participation of donors and beneficiaries, our collaboration with other Milanese associations and the requests that came from all over Italy for assistance in setting up the project in other cities. When they say to us: ‘We want to do what you do, can you help us?’ we are happy to give our support. It means that they have seen in our Recup group a solution that can work.

“The beauty of Recup is that you do something that makes an immediate difference to people’s lives. Within 2 hours you recover the food that would otherwise be thrown away and redistribute it to the people who participate. You see the result immediately and you get to interact with people who are very different from you. It is a collective work that involves small traders and ordinary people ” says Beatrice, a volunteer. “One of the objectives of Recup is also to restore dignity to those who, because of circumstances, are forced to search in the garbage to eat, to live. That’s why we work in groups, no one is left alone in this business,” she adds.

It is not a perfect solution

During the Covid emergency, Recup participated in the Food Aid Program put in place by Milan’s city council and worked in the collection centers where various foodstuffs are brought to be distributed to those who, due to the emergency, found themselves in situations of social and economic hardship. Recup worked at Milan’s fruitmarket and salvaged the fruit and vegetables that were in danger of being thrown away to distribute to those in need. “This system is working. To date, it has supported over 6,300 families in need, handling over 616 tons of food every week and making nearly 50,000 food aid deliveries. But certainly in such a difficult period in terms of inclusion, more could be done. The distribution of the food we collect, alas, doesn’t reach many less visible people, such as the homeless, who are often excluded. We can’t reach everyone, it’s not a perfect system yet,” underlines Lorenzo.

The activities of these associations, active from North to South in Italy, can help raise awareness of food, the environment and therefore the social problems generated and connected to food waste. They also show that the most effective way to improve things is not only through works of charity, collecting gifts and distributing recipes to use up leftovers at home, but above all through the creation of places of exchange, building new relationships,  creating an atmosphere that uses food as a tool for dialogue and inclusion. 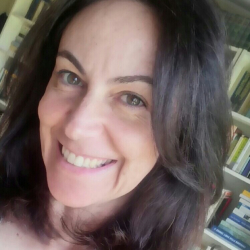