Bridges to understanding: Linkaut is an Italian dad’s project to help his son with Autism 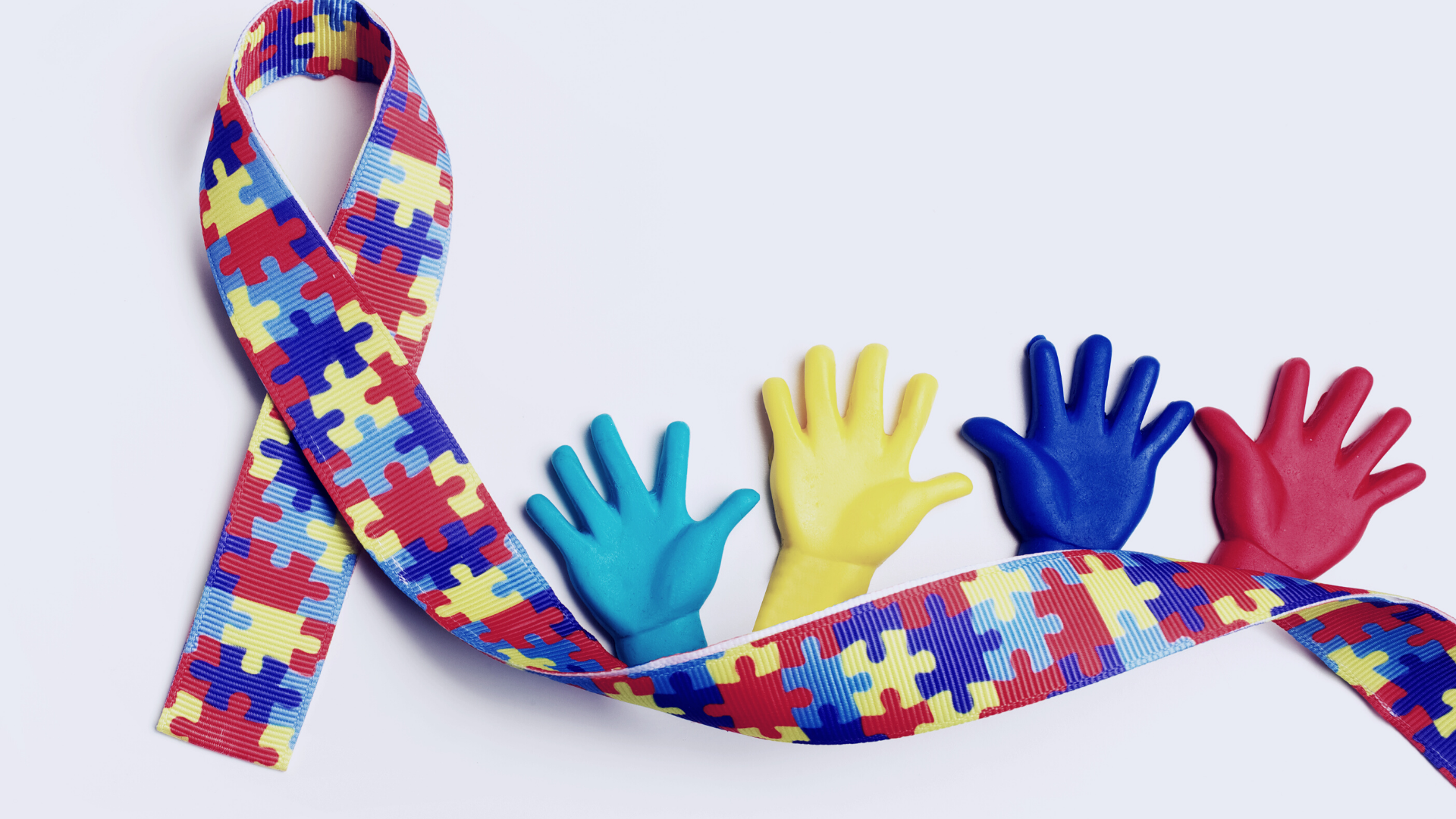 “The reaction of wider society is the most difficult thing for our families to deal with… it’s difficult, for example, to go to a restaurant and see everyone turn round to look at my son when he needs to shake his hands to help him calm down. So I figured that it was on raising awareness of autism in wider society that we should focus our efforts.”

This is how Enrico Maria Fantaguzzi explains Linkaut, a startup he created to promote a sense of conscious welcome for people like his son Tommaso, 25, who has autism. It focuses on training women and men who are in regular contact with the public by linking up with, for example, hotels, restaurants, pharmacies, dental surgeries, and clothes stores.

Fantaguzzi indicates the many ways that exist to build connecting bridges – the ‘link’ in ‘Linkaut’ – between what he calls ‘the highways of normality’ and the ‘back streets of autism’. He says: “People are often afraid, preferring to do nothing rather than embrace discoveries that can be an opportunity for growth.”

The entrepreneur from the Italian seaside town of Rimini, gives examples of “how to do it” taking a cue from Tommaso’s experience.

“Before going into a restaurant, for example, my son needs to stop for 60 seconds to scan the environment. In these circumstances, a trained restaurateur will recognise these needs and will be able to explain them to the customers waiting in the queue; by doing so avoids the parents having to intervene and being seen (mistakenly) as spoiling the child.”

In short, “half a day’s training can make the difference between a disaster and a lovely night out.”

Needs are assessed on a case-by-case basis and are as many and varied as individual circumstances. It may be useful to ask the family if the person with autism prefers to be served by a man or a woman, or if in a dental surgery or playroom it is better to leave out a particular toy or newspaper; or it can help to ask if a certain background music bothers the person with autism or if it is better for him or her to shop for a sweater (or any other item) in a comfort zone away from the ‘conventional’ retail spaces.

Then there’s advice about the use of words, and the advantages for both sides in agreeing in advance with the family, arrangements and organizational strategies. It can be beneficial, for example, to agree with restaurateurs on a precise time so as to have the dish ready when customers arrive and thus avoid stressful waiting.

All these suggestions – notes Fantaguzzi – are laid out in the protocols prepared for Linkaut by a scientific committee composed of two neuropsychiatrists and a psychologist, and involving people with autism and their families. Such guidance reminds business owners that, as the protocol states, “correct and conscious behavior does not always avoid an excessive and uncontrolled reaction,” pointing out, too, that “if autism has taken over the person, it’s no one’s fault”.

The project, set up in 2017, has already won several awards. In 2019, for example, the local Young Entrepreneurs Association named it the “best startup for social impact”. In addition, it was selected for “B Heroes”, a program for innovation and the promotion of new business through investment, business support and visibility”

The result was that by spring 2021, 120 businesses and services were signed-up members of Linkaut. They make up the so-called Linkaut Points, places across different parts of Italy, supported by a large international optical chain where people with autism are welcomed and understood. It has been an experience made up of errors along the way too, in the various attempts at spreading the word, says Fantaguzzi. He is convinced that the initial approach, using voluntary associations and volunteers “wasn’t enough to guarantee quality and continuity.”

The association has been operating with a real entrepreneurial spirit for some time, without losing its original ethos which is essentially that of a father who, at a certain point in his life, decided to give up his job as a commercial manager to follow his entrepreneurial vocation. He has done all this flanked by Alex Gasperoni and Matteo Venturi, co-founders of Linkaut, “who had nothing to do with autism, but who, like me,” says Fantaguzzi, “believed in the idea of doing something important for society. Ours is a small seed sown in many minds, in the hope that one day, when I am gone, people will welcome my son with a different awareness.”

Of course, there were also refusals from companies who say they are not interested in investing in this type of training. “When we find trained marketing managers,” observes Fantaguzzi, “we have no problems; the problem comes when the marketing manager is really the top salesmen or the owner’s son without any real training, without any kind of social vision, which is the most important thing for a company, because those who have it remind the market that they exist not only to make money, but also to improve the world.”

On the other hand, the positive signals are many: “Diversity is an added value for companies that understand the importance of this target market – people with autism and their families. There is a growing sensitivity among brands, citizens and consumers to the so-called diversity market, where choices are made ethically when it comes to such issues as disability and inclusion.

The coronavirus pandemic, however, has partially slowed the expansion of the network: “At this moment in time, for stores with staffing reduced to a minimum, adding extra costs and commitments has become a problem. We therefore decided to take a step back,” Fantaguzzi says, insisting though that “the product remains!”

That means the 120 Linkaut Points remain and organisers are working to create more when the post-pandemic conditions allow. For the same reason the goal of founding Linkaut Lands – autism friendly communities such as the one launched before Covid-19 in Bovalino, a town in the southern Italian region of Calabria – has been paused in anticipation of better times ahead.

In Bovalino, despite the slowdowns and lockdowns, training has carried on as far as possible: shops, associations, law enforcement agencies, including the traffic police and coast guards, have all got involved to generate greater civic awareness including the promotion of inclusive tourism. This Calabrian initiative was launched thanks to a meeting between Linkaut and the association “For Us and After Us”, with the backing of the local council, in an area of southern Italy which has been particularly sensitive to the issue of Autism.

In the first phase of the pandemic, despite the multiple problems it brought in its wake, another project took shape: a web tv channel which offered a forum for constructive engagement for parents, their children with autism, and more generally for those who have an interest in the issue on the Linkaut Facebook page. They have set up a digital place to talk, to listen, to ask questions and to express their points of view. There are opportunities to discuss selected topics during each episode with an editorial team made up of parents, two people with autism and a pedagogist … distance learning, sexuality, free time, bureaucracy, engagement with the authorities … these are just some of the issues which have been addressed, with contributions from expert guests.

The Web TV idea came about – according to Fantaguzzi – when families felt isolated. “When our children were de facto excluded from distance learning and were left to face very complex situations we had to set up a kind of safe space where everyone could share their experiences. Despite significant hurdles, we are trying to strengthen the bond of unity between parents facing similar challenges and difficulties. And whenever we talk about a topic there is always someone who says thanks because he has learned something…”

During the pandemic the choice was made to grow the project by involving schools: offering training for children and young people, from elementary school right through to high school, with a final certificate for those who take part.

“I don’t want to be welcomed politely in the classroom if, later in the day, none of the kids will go for an ice cream with my child”, says Fantaguzzi. “We need to change people’s perspective by making young people understand that engaging with a classmate who has autism is an exchange that is good for everyone. Through this exchange you grow a little, you learn useful life skills and if you have colleagues with autism you will learn how to treat them a little better.”

The courses will start shortly, first online due to the pandemic, then face-to-face as soon as possible. The first expressions of interest have come from opposite ends of Italy – from the Puglia Region in the south and Veneto in the north, while other schools, across the Bel Paese say they are also interested. There are also large companies ready to sponsor the initiative seeing its usefulness and impact on the issue of diversity.

For the organisers of Linkaut, these activities are seeds sown far and wide to achieve, as far as possible, the goal of ‘autism without borders’. At stake are complex issues such as the sensitive topic of ‘what happens when we are no longer here?’ a question which haunts many parents of autistic children. What level of autonomy and social support will be available for their sons and daughters when the parents are gone, or can no longer take care of their children, when the push for independence will be felt most strongly?

Preparing for a future “without us”

“We parents may have different views on some things, but we must be united in the important struggles such as those for a serious ‘after us’ program that doesn’t end up placing our children in  care homes,” says Fantaguzzi. “Linkaut wants people with autism to stay in their own homes or in the area where they have been brought up, with a well-organized support network in place and a strong focus on work.”

That aspect of work is an important one for Fantaguzzi – one which must be faced considering the stigma attached to autism which can make it hard to find employment, and thus give rise to further marginalization and prejudice.

“My son, with severe autism, can’t read or write, but he works eight hours a day. He assembles furniture from kits, he stuffs envelopes, and carries out many other stimulating activities and when he has learned what to do something, he does it perfectly! Yet, at the same time there are extremely high-performing individuals with autism sitting on their backsides, discriminated against because of a label placed on them as children, without which many of their communication and integration problems would disappear.”

This dad is clear what he is trying to achieve: “I like to think that one day Tommaso might be able to go and live on his own. But for that we need the support of a welcoming society. Otherwise his house, however gilded it may be, will forever be a prison.” 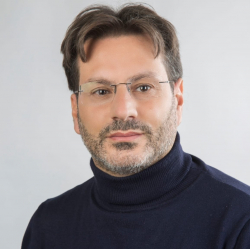